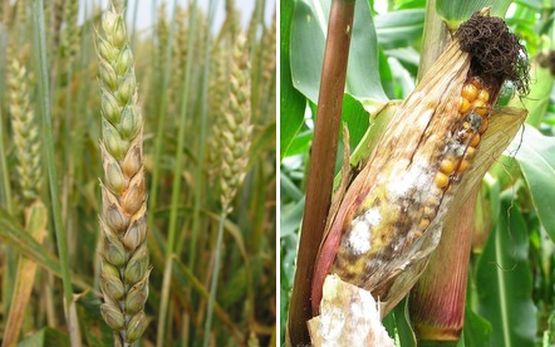 Infection with toxigenic fungi can lead to considerable yield and quality losses in cereals and maize. In addition, the harvested crop is frequently contaminated with dangerous fungal toxins (mycotoxins) which jeopardise the health of humans and animals. Species of the genera Fusarium and Aspergillus belong to the most common toxin producing fungi. 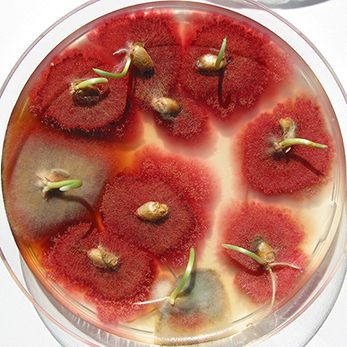 In order to ensure the production of high-quality cereal and maize products, Agroscope researchers are studying both Fusarium infection and mycotoxin contamination in harvest samples of wheat, barley and oats. Factors predisposing crops to infection are elucidated through an in-depth analysis of the cultivation methods used on the land where the samples were taken.

Furthermore, we are investigating whether a higher content of health promoting compounds (e.g. beta glucans or different antioxidans) in cereal varieties leads to a lower Fusarium infection, and hence to lower mycotoxin content. 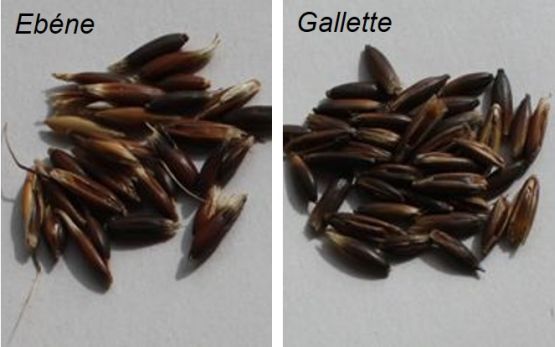 Dark-colored oat varieties due to antioxidant 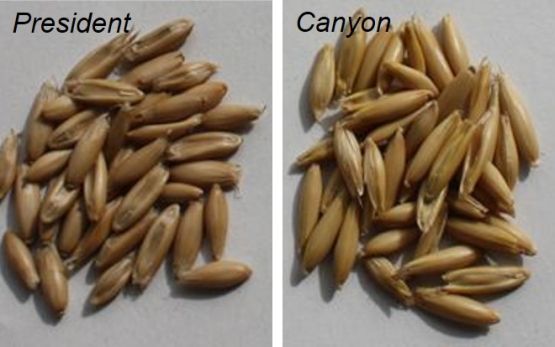 The results of these studies are being included in the adaptation of the Fusarium forecasting system FusaProg. In addition, Agroscope is also investigating biocontrol options using naturally occurring antagonists for the sustainable control of fusarium head blight in cereals. 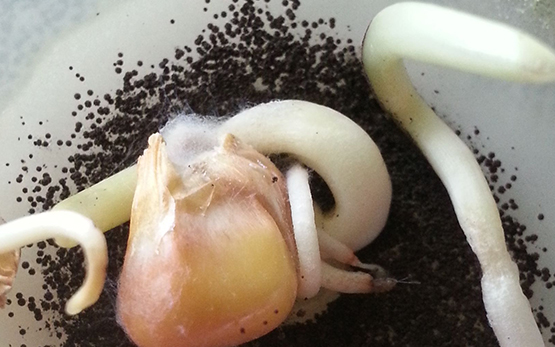 In order to allow early recognition of potential future dangers, researchers will conduct a Swiss-wide grain-maize monitoring to investigate contamination with aflatoxin-forming Aspergillus species, leading - as for cereals - to recommendations for the production of safe, mycotoxin-free food and feed.