Potato cancer (Synchytrium endobioticum) is originally from the Andes region in South America, arriving in Europe in the 1880s and North America around 1900. Since then, this fungal disease has also been identified in some regions of Africa, Asia and Oceania. The main host plant of potato cancer is potato (Solanum tuberosum) – an important crop throughout Europe, including Switzerland. Typical disease symptoms caused by S. endobioticum are cancerous tissue growths on the potato tubers (see figure). S. endobioticum is introduced by human activity such as the moving of contaminated earth, seed potatoes or machinery. In Switzerland and the EU, potato cancer is regulated as a quarantine organism, and is therefore subject to a ‘notification and control’ obligation. 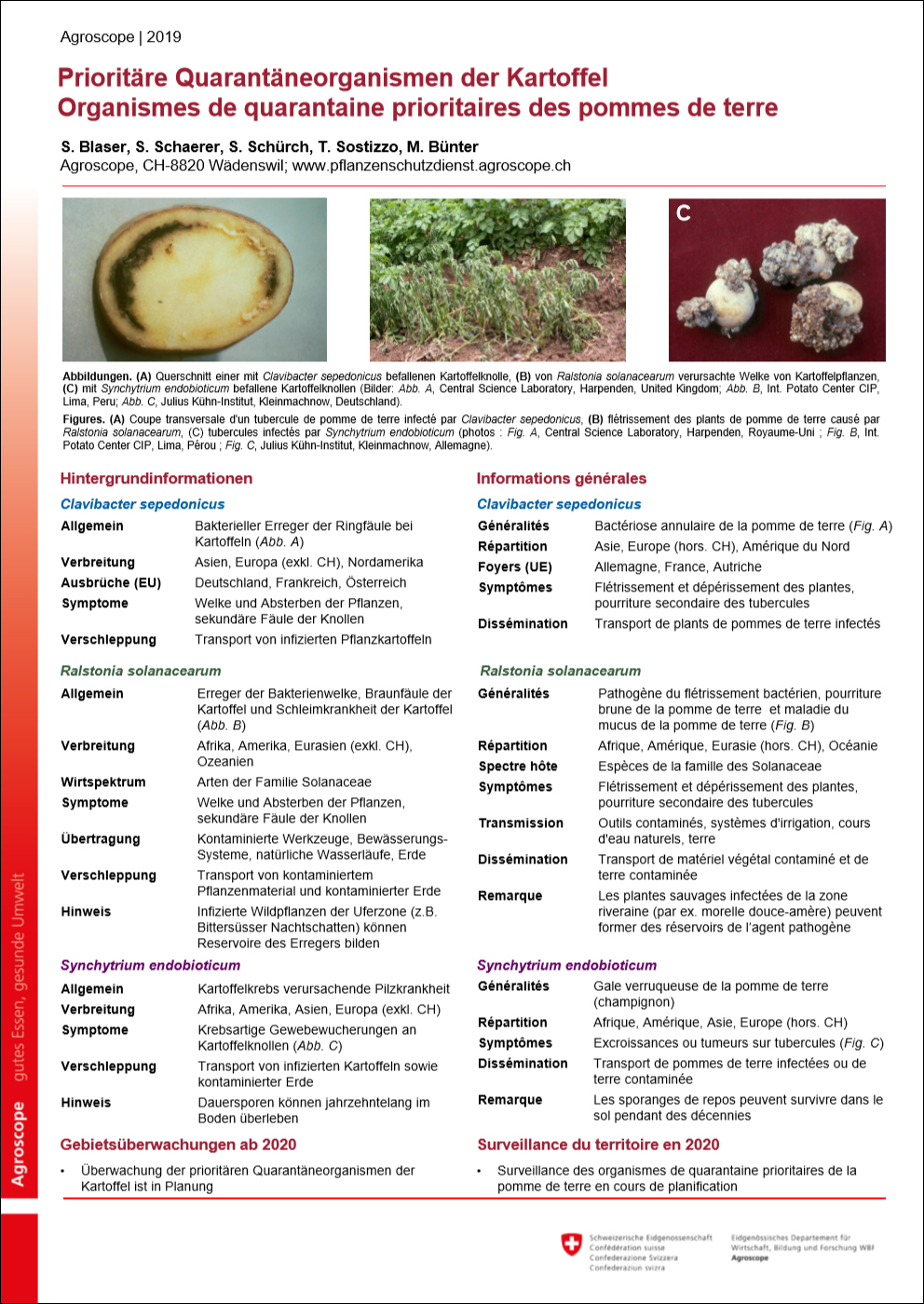