The Swiss National Stud Farm (SNSF) is located south of Lake Morat (Murten), in the heart of the Broye-Vully district in the canton of Vaud, near the small historic town of Avenches. Avenches is known for having been the capital of Helvetia during the Roman era.  Founded in 1899, the SNSF today houses the Swiss Confederation’s centre of excellence for the keeping and raising of equines.

Known far and wide, the Swiss National Stud Farm encourages a sustainable and competitive approach to horse keeping and rearing that is in accordance with needs of the horses. In this context, practically oriented research and knowledge transfer play a key role, with the SNSF supporting horse breeding with selected stallions, infrastructure and events.

On 1 January 2014, all of the research stations were merged under the name Agroscope. Agroscope became the Swiss federal centre of excellence for research in the agriculture and food sector, organised into four institutes under the direction of the Head of Agroscope (CEO).  Agroscope Council – a body tasked with defining strategic orientation – was also set up.

The reform continued in 2016 with the simplification of Agroscope’s structure. On 1 January 2017, the four institutes and 19 research divisions were abolished. Agroscope’s research services and enforcement tasks are now the responsibility of 10 newly created units – three competence divisions for research technology and knowledge exchange, and seven strategic research divisions. This brings operational management and staff closer together, with the aim of fulfilling the research organisation’s key tasks for the agriculture and food sector with greater efficiency and flexibility, and defining a clear service portfolio.

Part of the ‘Animals and Products of Animal Origin’ unit – the ‘Horse Breeding and Keeping’ research group – is based at the Swiss National Stud. 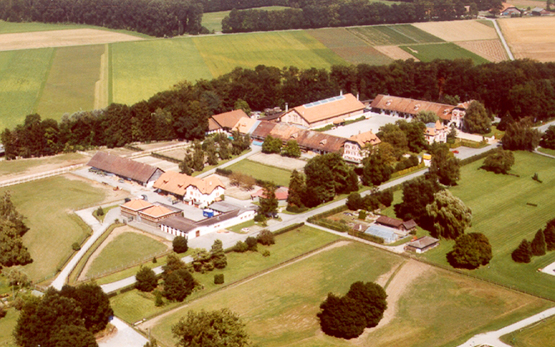 Avenches: Postcard of the Swiss National Stud Farm in the 1930s 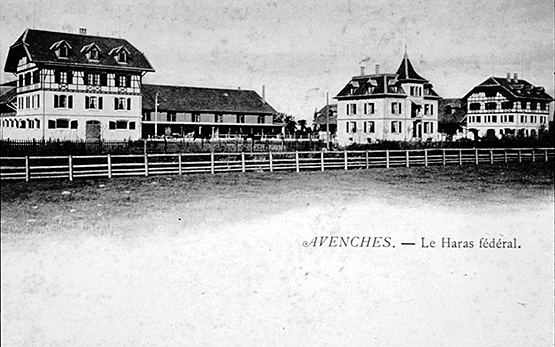 Avenches: Postcard of the Swiss National Stud Farm in the 1930s

Avenches: View onto the inner courtyard 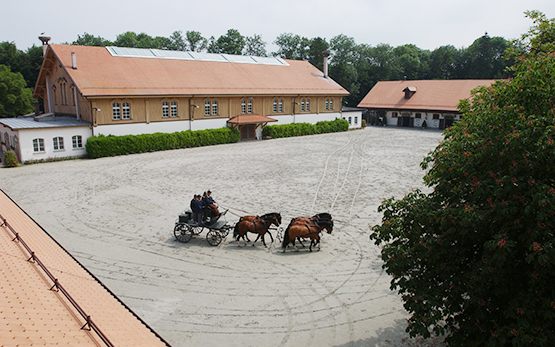 Avenches: View onto the inner courtyard

Avenches: View of the inner courtyard and riding hall 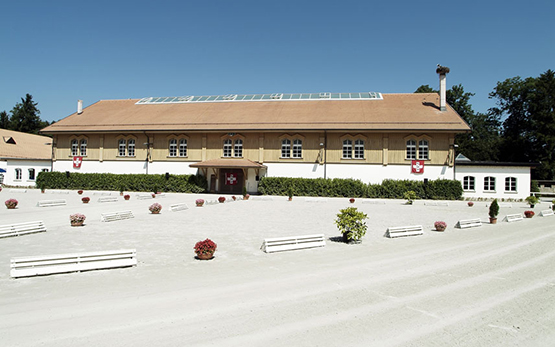 Avenches: View of the inner courtyard and riding hall