Founded in 789, Tänikon (‘Tanninchova’) is the earliest documented village in the municipality of Aadorf. Initially belonging to the Abbey of St. Gall, it then passed to the Counts of Rapperswil and the Lords of Bichelsee.

Founded no later than 1249, the Convent must have been a stately complex before the Reformation circa 1520. Both the convent church (whose roof truss dates back to 1362, making it one of the oldest surviving buildings in Thurgau canton) and the Refental (1508) predate it. Convent life was all but destroyed in the turbulence of the Reformation (1525-1550). In the 17th century, the resurrected convent experienced a major blossoming, linked with brisk construction activity: the Prelate’s House (1616), Abbesses’ House (1678), and Lilienthal (1640). The splendid glass panes in the cloister are testimony to the aesthetic sense of the abbesses. Up until the political upheaval of 1798, the prioresses in Aadorf, Ettenhausen and Guntershausen-Maischhausen exercised lower-court jurisdiction. The legal relationship between these judicial municipalities and the convent is laid down in Offnungen, i.e. village rights.   Come the early 19th century, many leading Thurgovians were of the opinion that the convents were rich, and “strangers to any charitable work”. After implementing various measures such as the deployment of state cloister administrators and the authorisation or prohibition of the admission of novices, in 1848 the Thurgovian Great Council resolved inter alia to abolish the Tänikon Cistercian convent. It was only in 1869 that the expelled nuns joined with the likewise displaced sisters of the Kalchrain and Feldbach convents to form the Mariastern-Gwiggen successive cloister in the municipality of Hohenweiler (Vorarlberg), which exists to this day.

After the abolition of the cloisters, the church with its cemetery and the parish house with its grounds and endowment funds reverted to the parish of Tänikon. Nina von Planta from Samaden (canton of Grisons) purchased the convent estate in1850. In addition to the manor system, there was an earthenware factory that manufactured bricks and drainage pipes from 1857 to 1918. The final owner of the manor from 1936 until its sale to the Swiss Confederation in 1968 was Emma Zuber-Schmid. The Swiss Federal Research Station for Agricultural Economics and Engineering (FAT) commenced its work on 1 April 1969; Its directors were Dr. Paul Faessler (1969-1981) and Prof. Dr. Walter Meier (from 1981).

The church’s classical appearance is essentially a result of radical reconstruction work between 1829-1831. Bernard of Clairvaux (church festival on 20 August, or on the Sunday following that date) is the patron saint of the church. Of note is the early Romantic organ from the convent era (1835; restored in 1975). From 2001-2003 the parish carried out extensive renovations to the truss roof and church interior, focusing in particular on the stucco ceiling, with substantial assistance from the federal and cantonal governments, the Catholic Church, and the municipality of Aadorf. The parish house was erected by the parish in 1967, in place of the old building dating from 1853.

Convent coat of arms: White fleur-de-lis on a blue background 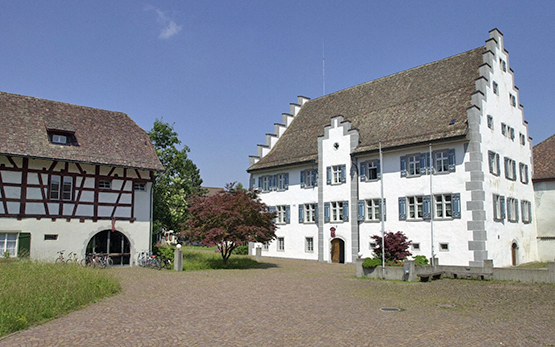 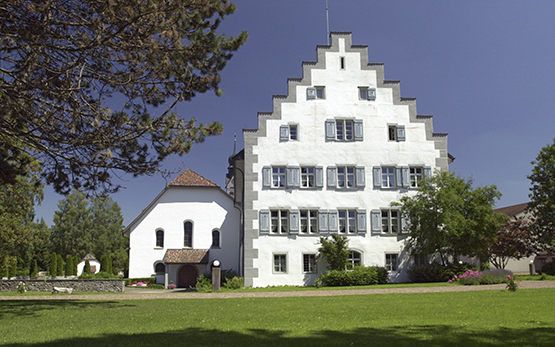 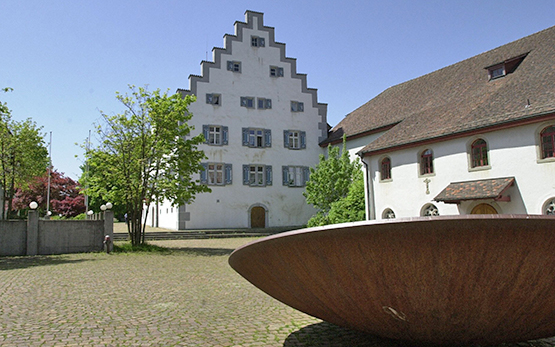 On 1 January 2014, all of the research stations were merged under the name Agroscope. Agroscope became the Swiss federal centre of excellence for research in the agriculture and food sector, organised into four institutes under the direction of the Head of Agroscope (CEO).  Agroscope Council – a body tasked with defining strategic orientation – was also set up.

The reform continued in 2016 with the simplification of Agroscope’s structure. On 1 January 2017, the four institutes and 19 research divisions were abolished. Agroscope’s research services and enforcement tasks are now the responsibility of 10 newly created units – three competence divisions for research technology and knowledge exchange, and seven strategic research divisions. This brings operational management and staff closer together, with the aim of fulfilling the research organisation’s key tasks for the agriculture and food sector with greater efficiency and flexibility, and defining a clear service portfolio.

One unit, ‘Competitiveness and System Evaluation’, is based in Tänikon.