In silky bentgrass populations, three herbicide modes of action are affected by resistances. Since the start of the monitoring programme begun in 2011, the ALS-inhibitor mode of action of the HRAC 2 group is the one exhibiting the most resistances.

The first case of resistance to ALS inhibitors in a silky bentgrass population in Switzerland was confirmed in 2006 in the Canton of Vaud. In this species, resistances to this mode of action are by far the most common in Switzerland, and the examined cases generally exhibit a very strong resistance.

Several cases of double resistances to ACCase- and ALS-inhibiting herbicides (HRAC 1 and HRAC 2, respectively) have been confirmed since the start of the monitoring programme. The first case dates from 2013 in the Canton of Vaud.

The first case of double resistance to ASL inhibitors (HRAC 2) and photosystem II inhibitors (HRAC 5) was also confirmed in 2013 in the Canton of Vaud. Several more cases then followed the first.

Annual or biennial monocot of the Poaceae family 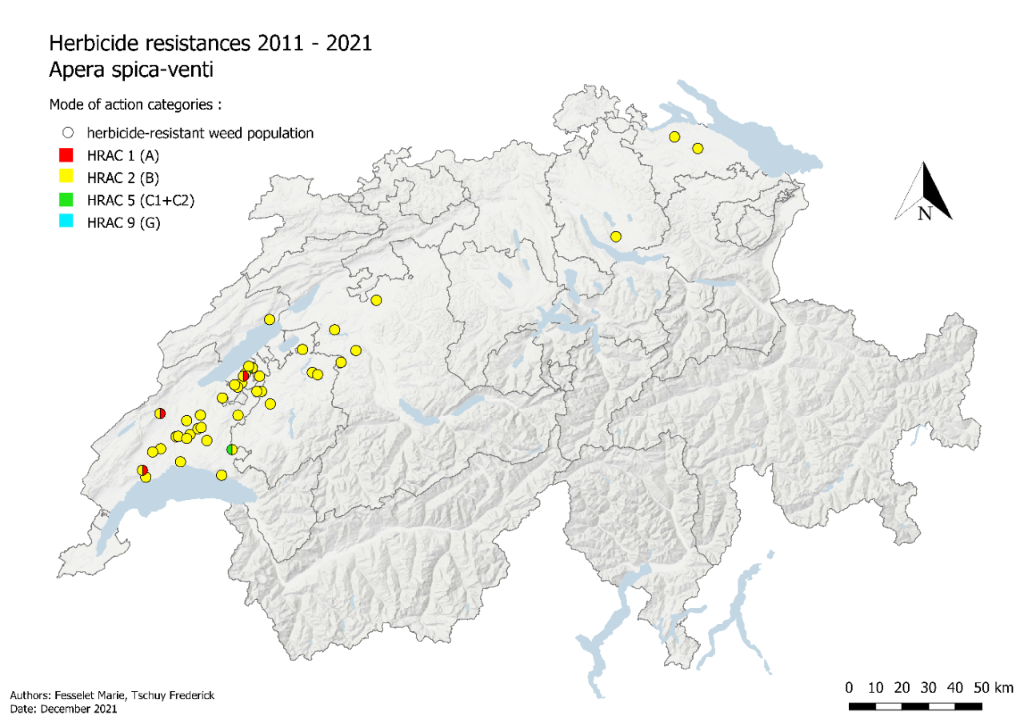