The fungus Fusarium graminearum is a major pathogen of cereal crops. In Switzerland, the Fusarium-sensitive crops species wheat, triticale and maize are grown on around 60% of the open arable land. Agroscope researchers have discovered that the naturally occurring Fusarium antagonist Clonostachys rosea is efficient at keeping the harmful fungus in check.

Close maize/cereal crop rotations promote Fusarium infections, since both of these crop species are susceptible to the fungus. Such infections lead to the formation of mycotoxins, which jeopardise the health of humans and animals. Practical and sustainable strategies for controlling Fusaria are therefore being sought. 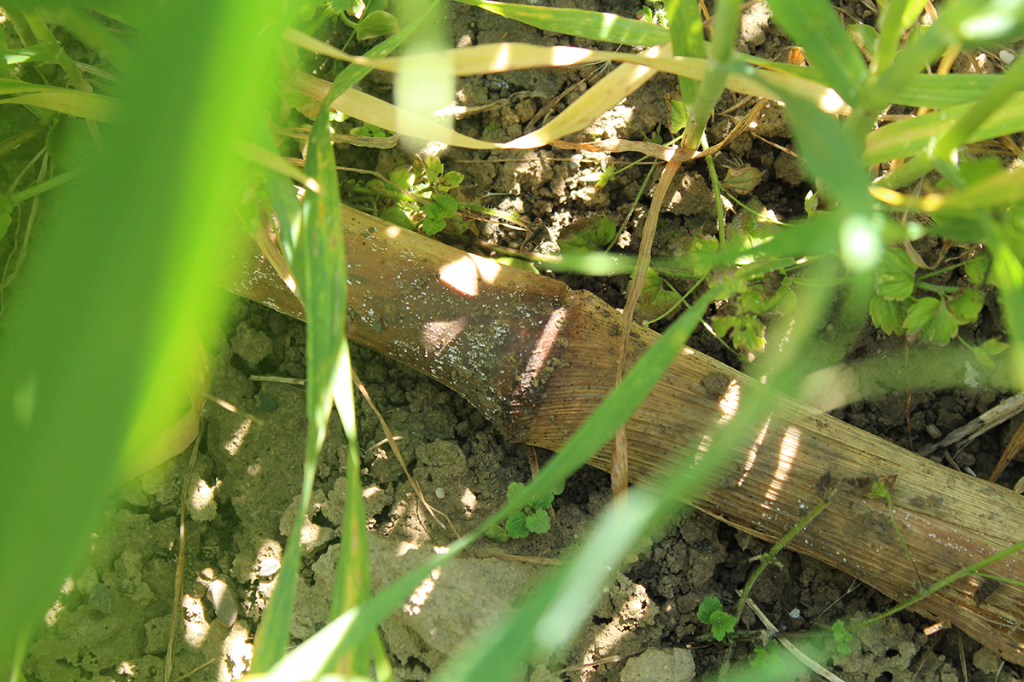 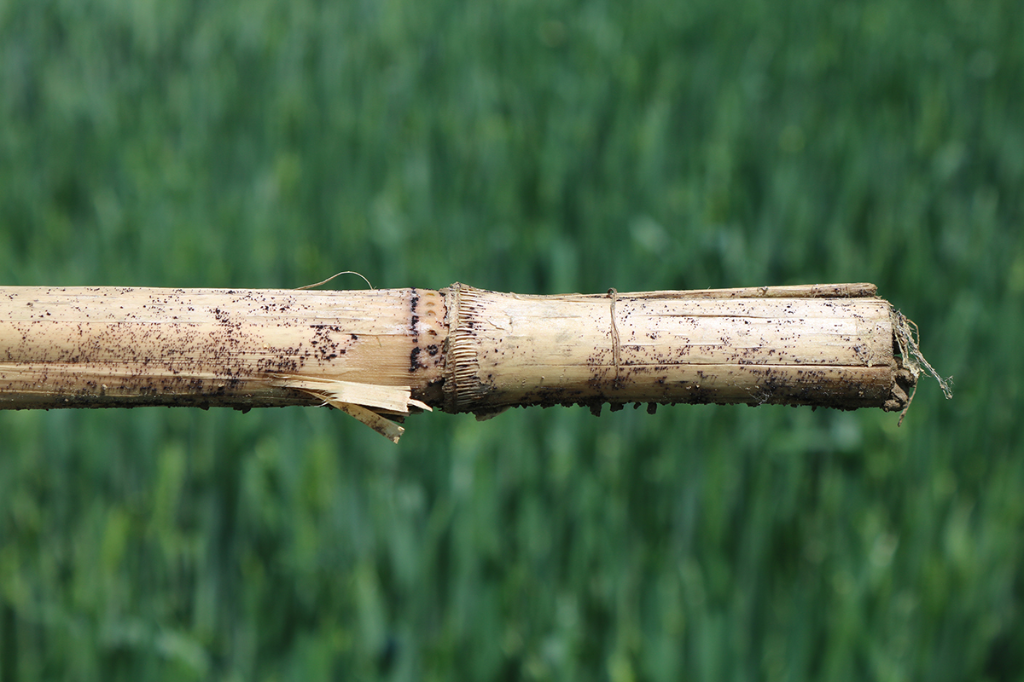 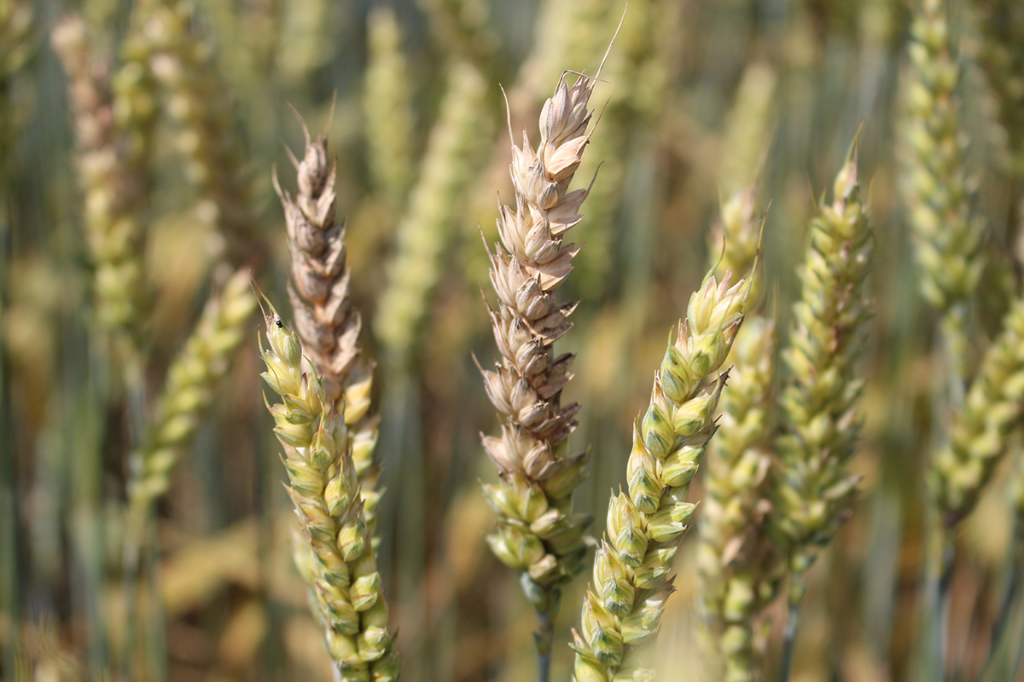 Symptoms on wheat ears after infection with F. graminearum 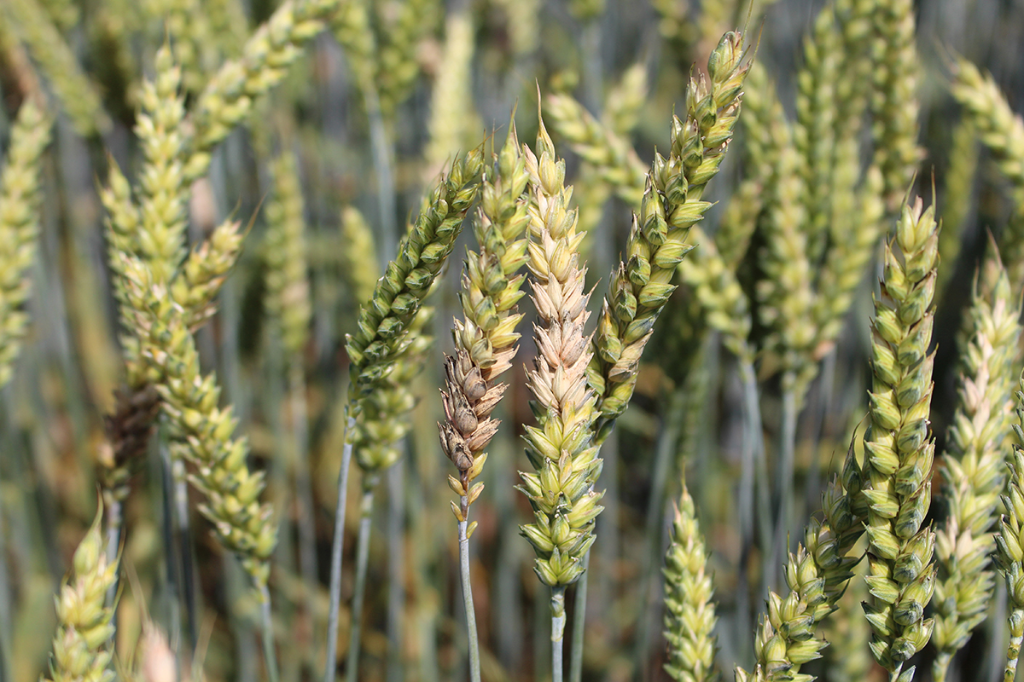 Symptoms on wheat ears after infection with F. graminearum

Agroscope researchers have shown that the antagonist Clonostachys rosea, which occurs in Switzerland, can suppress Fusaria on maize harvest residues, with the beneficial fungus reducing production of the Fusarium mycotoxin Deoxynivalenol by up to 90% in the field. To induce Fusarium infection, Agroscope experts placed infected maize stalks in the field (semi-natural infection condition).

In a new trial series, the use of C. rosea is for the first time being tested directly during mulching. With mulching, harvest residues are chopped up and left on the field. The aim is to develop a usable and sustainable solution consisting of a one-step process. Agroscope experts will investigate the developmental course of Clonostachys establishment, Fusarium infestation, agricultural yield and mycotoxin contamination in wheat.