The Oberacker Long-Term Field Trial was established by the Soil Agency of the Bern Cantonal Office for Agriculture and Nature (LANAT) as a practical demonstration trial and decision-making tool for farmers. In two cultivation systems with and without tillage, the effects of tillage on soil structure, soil ecology, yields, and labour and pesticide inputs are shown. In addition, two fertilisation concepts according to GRUD/PRIF and Kinsey are investigated with respect to their effects on yields and yield quality.

The trial – today jointly co-supervised by Agroscope and HAFL – was launched by the LANAT Soil Agency in 1994 at the Inforama Rütti in Zollikofen, canton of Bern. Six plots were established on a eutric Cambisol, half under conventional ploughing and half under no-till soil management. In 2009 the subplots were further subdivided and have since been fertilised according to GRUD/PRIF and Kinsey. The crops of the six-year crop rotation consisting of peas – winter wheat – faba beans – winter barley – sugar beet – silage maize are cultivated in parallel on the six plots. Consequently, the design does not include spatial replications, but each crop is repeated annually due to the crop-rotation sequences.

Soil samples are taken every two years and analysed for soil pH, available macronutrients and soil organic carbon according to GRUD/PRIF and for soil pH, calcium carbonate, soil texture, available macro- and micronutrients, and soil organic carbon according to Kinsey. Sampling takes place on the ploughed plots at a depth of 0-0.2 m and on the no-till plots at depths of 0-0.05, 0-0.1 and 0-0.2 m. Yields and nutrient content of the main and by-products are measured and nutrient removals and budgets are calculated annually.
Yields under no-till are similar to those under ploughing, and in some crops are even slightly higher. Positive effects on soil load-bearing capacity, plough-pan compaction, infiltration rate and earthworm populations were also observed. Soil organic matter content is similar in both systems, though more stratified under no-till than under plough management. No systematic effects of the fertilisation concept on plant performance have been observed to date. 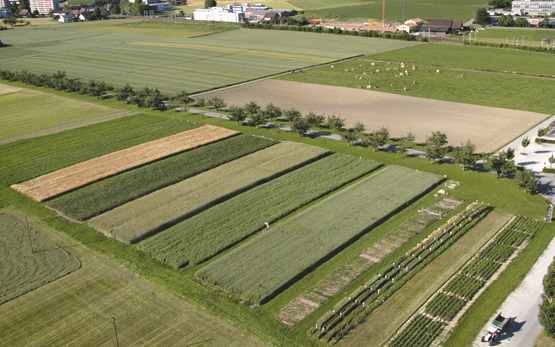 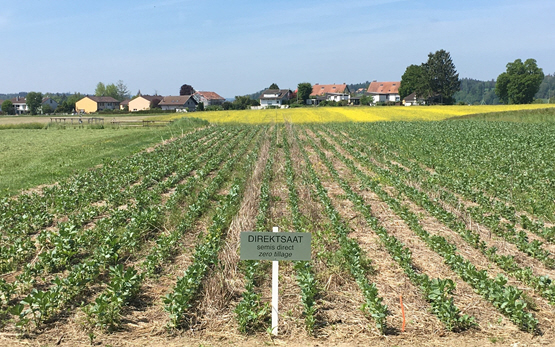 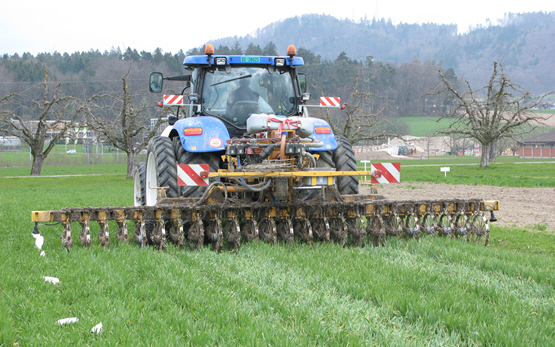 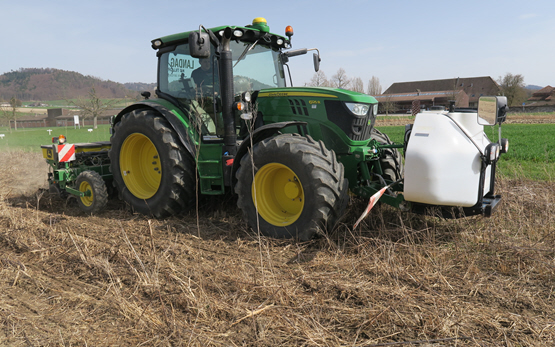 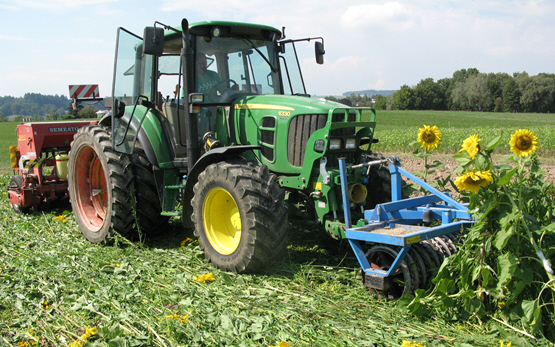