In Switzerland, Alpine meadows can be considered the backbone of traditional livestock farming. At the same time, they can be viewed as the cultural landscapes that are usually associated with Switzerland, both by the local population as well as by foreign visitors.

From a scientific viewpoint, this grassland has numerous functions:

Agroscope Air Pollution and Climate Research Group investigates the impact of climate change and air pollution on these alpine pastures in two FOEN-supported projects, thereby helping to set reduction targets for pollutant emissions in Europe via the CLRTAP (Convention on Long-Range Transboundary Air Pollution) of the UNECE (United Nations Economic Comission on Europe). The research group participates in the WGE (Working Group on Effects) of the ICP Vegetation (International Cooperative Programme on Effects of Air Pollutants on Natural Vegetation and Crops). 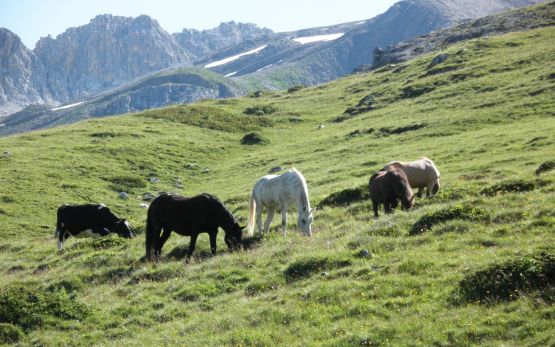