Although a high level of specificity is commonly regarded as one of the advantages of biological pest control, the full potential host or prey spectrum for a given beneficial is seldom known. For this reason, the risk of non-target species being attacked by a new beneficial must be assessed prior to the latter's release.

We investigate which physiological factors and types of behaviour in hosts and parasitoids increase the likelihood of host switching. The host switching of parasitoids which might possibly parasitise  the invasive Drosophila suzukii in addition to native fruitfly species serves as a model system for our investigations. Our second model system are egg parasitoids of Lepidoptera. Those have a rather broad host spectrum, which can be influenced by learning.

DETEC: Federal Department of the Environment, Transport, Energy and Communications 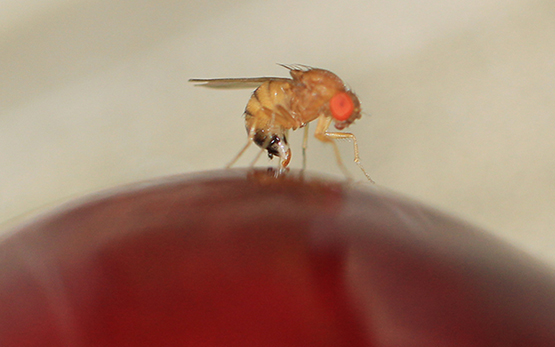