The appearance of phytotoxins in the aquatic environment is evaluated through modelling and monitoring to identify the importance of these natural toxins as environmental micropollutants.

A growing awareness for human health has raised concern about micropollutants in the environment and lead to wide monitoring programs of pharmaceuticals, personal care products, household detergents, pesticides and other synthetic chemicals. A similar attention for natural toxins in the environment is largely missing, although they are of high importance in food and feed safety and an increasing awareness exists in the cosmetic industry.

Within the natural toxins, phytotoxins are those toxins produced by plants with widely varying molecular structures and toxic effects. Today, the phytotoxins’ occurrence is not always that natural anymore, but is influenced through agriculture, invasive plant species, the application of biopesticides and the co-occurrence with anthropogenic compounds. Despite the possibility of high phytotoxin concentrations in vegetation, crops and freshwater, they are not yet commonly perceived as potential environmental contaminants of concern. So far, environmental exposure and effect studies have only been conducted for a very limited number of phytotoxins, and extensive monitoring campaigns are largely lacking.

This project aims at the systematic assessment of the aquatic environmental exposure of phytotoxins in Switzerland to evaluate their potential as micropollutants. The crucial challenge is to identify among the plethora of phytotoxins those that actually present a serious environmental and human risk.

The project is conducted in collaboration with Prof. Juliane Hollender from Eawag, as well as Prof. Martin Scheringer and Prof. Konrad Hungerbühler from ETH Zurich. 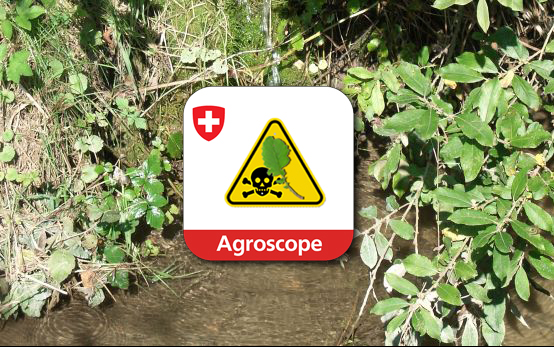 The Toxic Plants – Phytotoxin (TPPT) database provides information on 844 poisonous plants in Switzerland and 1586 of their phytotoxins together with an extensive phytotoxin characterization regarding environmental behavior.