Whether in the tropics or in temperate latitudes, pesticide residues in soils – in contrast to surface waters – have scarcely been investigated. To all intents and purposes, the effects of pesticides on soil organisms and the quality of arable soils have basically not been investigated over the long-term and under real-life conditions, and thus remain unknown. The PERECUSO (‘Influence of different pest management systems in potato production on PEsticide REsidues in CUban SOils’) Project which is financed by the Swiss National Science Foundation and the Swiss Agency for Development and Cooperation (programme r4d) represents an effort to investigate just this with our Cuban partners. Why the potato? Although the tropical climate is not ideal for potato growing, the tuber is in high demand on the island, and is very important for the tourism industry in particular.

Passed by the Swiss Federal Council in 2017, the Plant-Protection Product Action Plan inspired us to collaborate on this issue. The action plan provides for a reduction in the use of pesticides and in their emissions, in order both to halve the risks associated with pesticide use and to create a Swiss agricultural sector that is more resource-efficient overall. A programme for monitoring PPP residues in the soil is currently being developed by the Swiss Soil Monitoring Network NABO in partnership with the Environmental Analytics Working Group (Agroscope), the Ecotox Centre, EnviBioSoil and the Plant-Soil Interactions Research Group (Agroscope) in order to support this aim. A taking stock of the current situation will be followed by an examination of whether long-term monitoring of the risk posed by PPP residues for soil quality is possible, and if so, on the basis of which indicators.

Cooperation at international level allows us to arrive at a greater understanding of the behaviour of pesticides in the soil and in the environment, enabling us to monitor the breakdown of these products in both tropical and temperate regions, compare iron-rich soils in Cuba with loess-rich soils in Switzerland, and study different (e.g. organic vs. intensive) production systems in both countries. 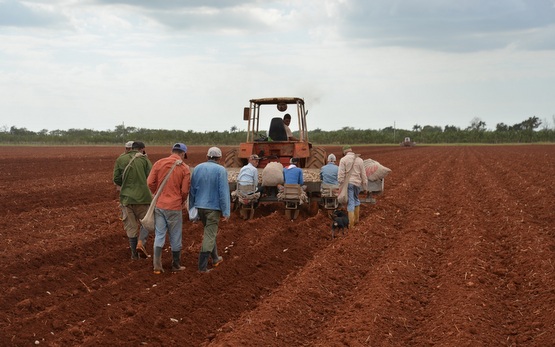 To this end, Cuban soils and potatoes issuing from intensive, semi-intensive and organic production will be analysed on a regular basis for pesticide residues over a period of three years.  In Switzerland, isolated sites from various measuring networks will also be sampled. Cooperation will be facilitated by annual project meetings in Cuba and repeated longer research stays for selected Cuban partners at Agroscope. The aim is not only to inform stakeholders such as farmers, pesticide distributors and environmental agencies in Cuba about the project and to request cooperation, but also to optimise and harmonise laboratory activities such as sample preparation and storage and measuring methodology. 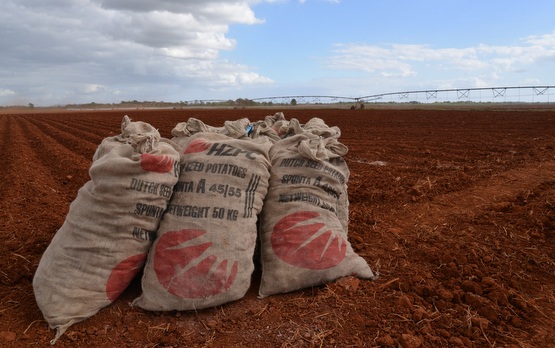 The project is highly welcome in both Switzerland and Cuba, and is attracting strong interest not only among scientists in both countries, but also among all other Cuban stakeholders.  At an international level, the project contributes to several United Nations Sustainable Development Goals (SDGs), such as e.g. ‘sustainable food production’, ‘substantial reduction of diseases and deaths from hazardous chemicals and contamination of the soil’, ‘air and water’, ‘risk reduction and risk management of human health at national and global level’, ‘environmentally sound handling of chemicals’, and ‘reduction of chemicals in the soil, air and water’. 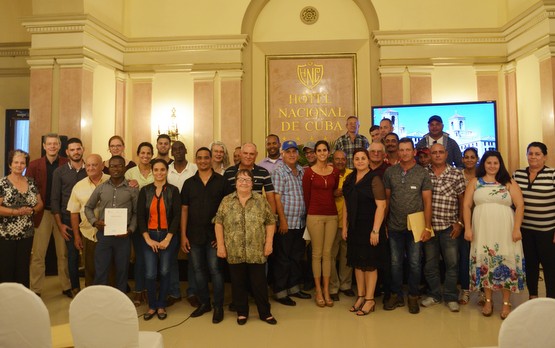 As part of a two-day workshop, the Cuban-Swiss team informed the various local stakeholders about the SNSF-r4d project PERECUSO.