At Agroscope, European experts discuss a reassessment of farmyard manures as nitrogen suppliers as a contribution to optimised nutrient management in practice and enforcement.

Livestock farming is the most important pillar of the Swiss agricultural sector. A by-product of this activity is animal excrement, which contains valuable nutrients that make it the prime fertiliser for plant production.  As the most important plant nutrient, however, nitrogen is largely lost along the farmyard-manure cascade – in animal housing, on pastures, in farmyard-manure stores, during spreading, and subsequently on the field – in the form of ammonia volatilisation and nitrate leaching. Losses also occur in the form of nitrous oxide, a powerful greenhouse gas. These losses have negative effects on natural and seminatural ecosystems as well as on forests in sensitive regions such as the northern Alps. At national level, only around a third of the nitrogen reaching farms in the form of external fertilisers and feedstuffs turns up again in agricultural products. Two-thirds are unused surpluses which are largely lost. It is the stated aim of Swiss policy to reduce these surpluses by 20% by 2030 (Parliamentary Initiative 19,475, Federal Council Resolution of 13 April 2022). To this end, Swiss regulations are to be adapted to the current state of knowledge.

In a three-day workshop held from 4 to 6 May at Agroscope’s Reckenholz site, leading European experts from research, administration and practice discussed the scientific basis of how nitrogen losses along the farmyard-manure cascade can be quantified and reduced, and how the nitrogen utilisation rate of farmyard manures of various animal categories can be evaluated more precisely. The experts hailed from Denmark, Germany, France, Ireland, Italy, the Netherlands, the UK and Switzerland.

Important themes in this workshop were unavoidable losses along the farmyard-manure cascade according to ‘best farming practice’, in particular from ammonia volatilisation and nitrous oxide; known and new techniques for reducing losses from animal housing, storage and spreading; and estimating nitrate-leaching potential under different production systems.  Another key topic was the potential for long-term nitrogen utilisation in plant production after repeated farmyard-manure applications, as is the norm in Switzerland. In conclusion, examples were given of administrative implementation to improve the utilisation of nitrogen from farmyard manure from various countries. At the end of the workshop, the partial results of group projects and plenary papers were summarised and discussed in a synthesis. The latter forms the basis for an international publication which in turn aims to illustrate the state of knowledge and realistic objectives for improving nitrogen utilisation as well as the assessment of leading European scientists. The amassed knowledge is to be used to revise Swiss regulations, and thereby contribute to the achievement of the target of a 20% reduction in nitrogen surpluses. 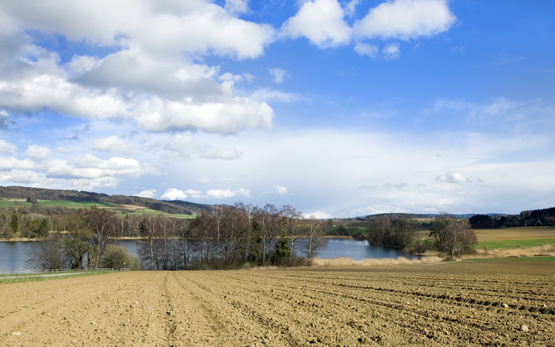