On 16 November, visitors who had previously sent in soil samples as well as decomposed underwear and tea bags to Agroscope found out what became of them. On 25 November, a school class helped to analyse the samples.

In spring and summer of this year, over 1000 Swiss took part in the ‘Proof by Underpants’ citizen science project to investigate their soils. On 16 November Agroscope hosted around a dozen people at their Lab Day, and on 25 November an entire school class was invited to the Analysis Day. Lab Day visitors had previously sent soil samples as well as decomposed underwear and tea bags to Agroscope as part of the ‘Proof by Underpants’ project. They got to try out a few working steps in the laboratories for themselves, discuss their findings, and see how complex the analyses were, which steps were automated, and which were conducted by hand.

On the Analysis Day, an entire school class, working with the researchers, helped study some of the samples in order to determine the state of health of the respective soils, carrying out each step of the process.

After being welcomed with drinks and croissants, they headed straight to the laboratory. The samples had to undergo a preliminary treatment to be in the right state for the analyser. Before the actual measurement, the visitors calibrated the machine so that the data of the sample in question could be sent to the computer with the proper label. The grain size of the soil particles as well as their humus and lime content were analysed – all parameters which, taken together with other measurements, allow conclusions to be drawn as to the state of health of the soil.

After a cosy lunch in the ‘Giardino’ staff restaurant, participants headed off to the auditorium for a theory block on the project. After this, the underpants and tea bags were finally the focus of attention. After months in the soil, the “evidence” looked rather the worse for wear. Visitors took a snapshot of each item, and a computer software program analysed the degree of decomposition based on the photos.

On both days, satisfied short-term researchers left Agroscope towards evening with new impressions and experiences in their minds. In addition, the pupils were left with the good feeling of having helped with the analysis of the samples. Results are expected in early 2022. 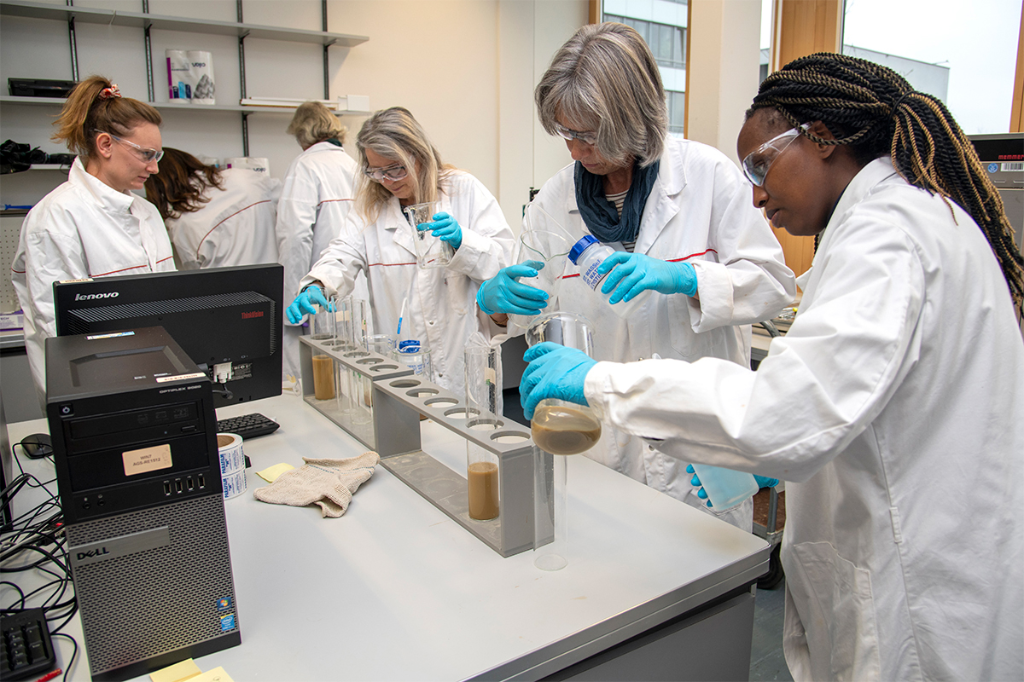 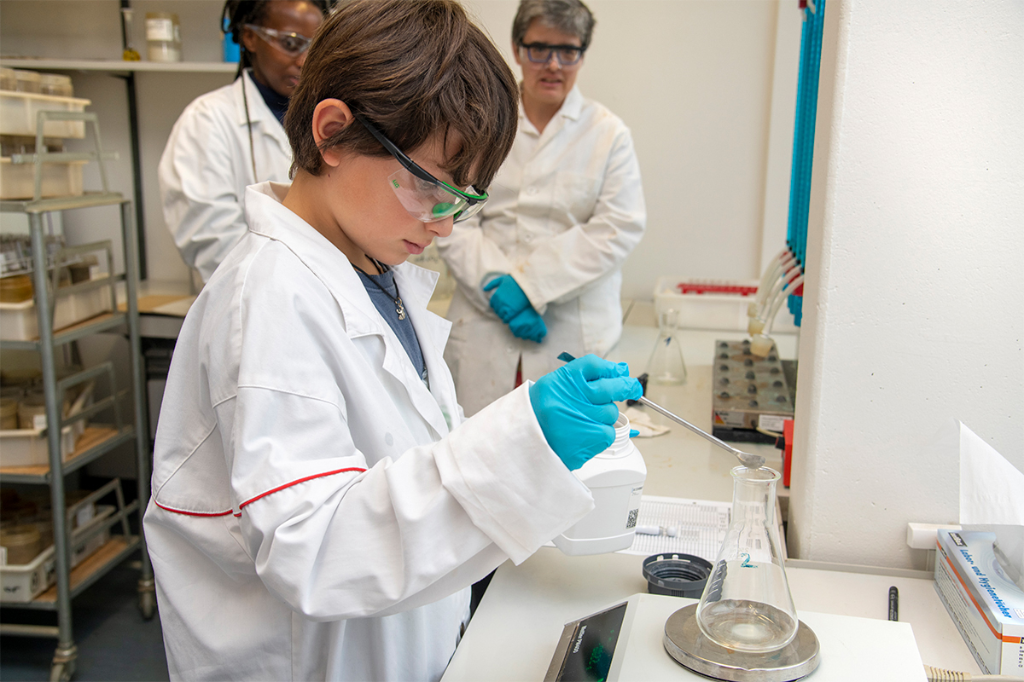 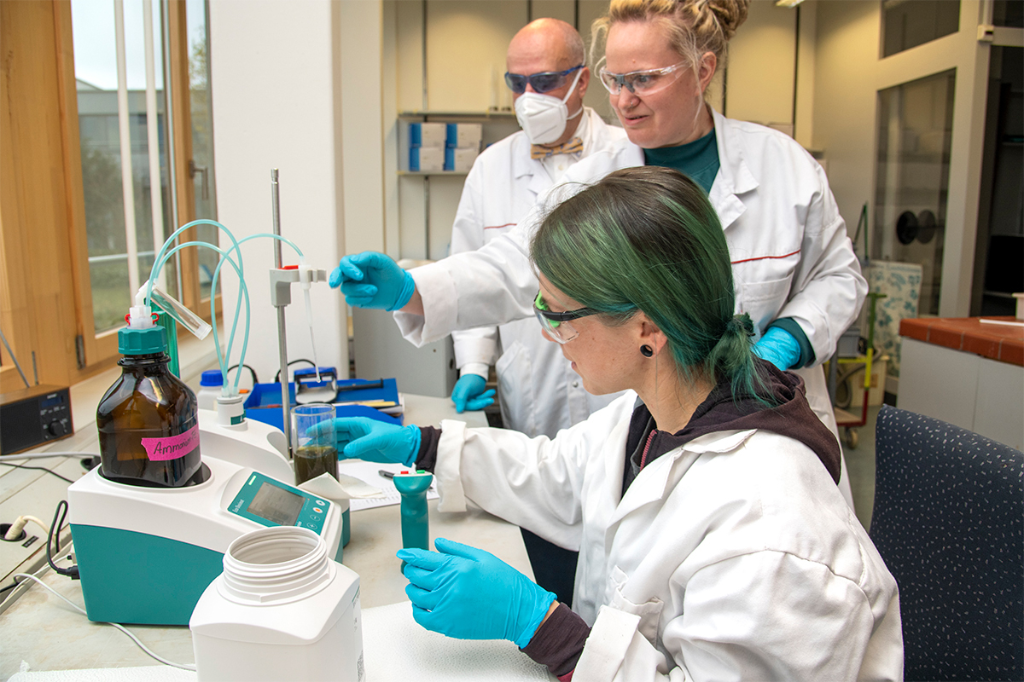 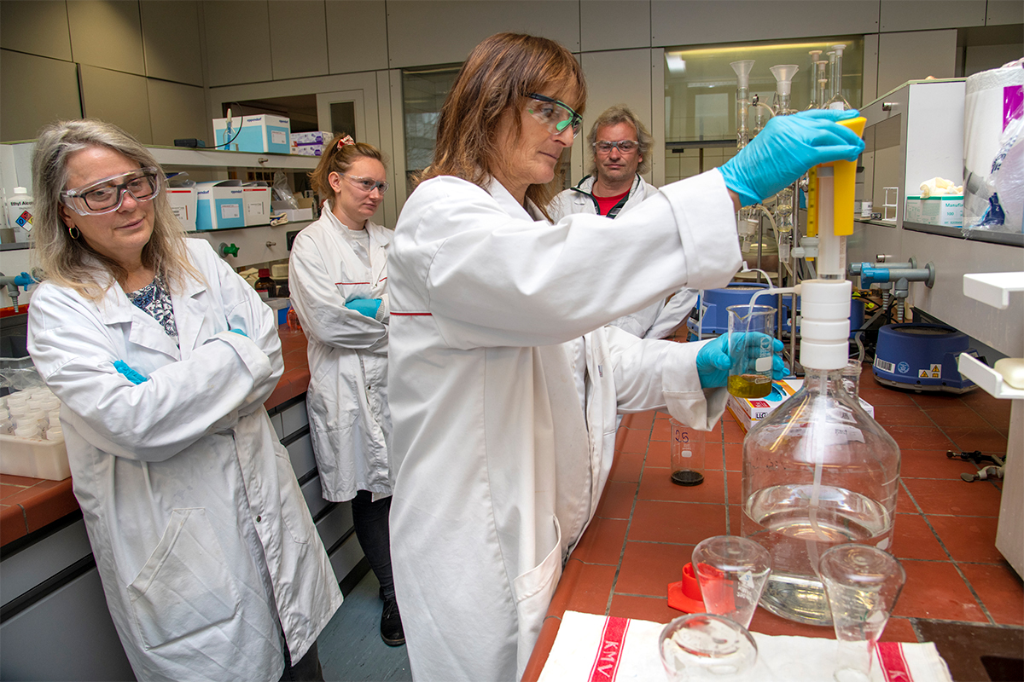 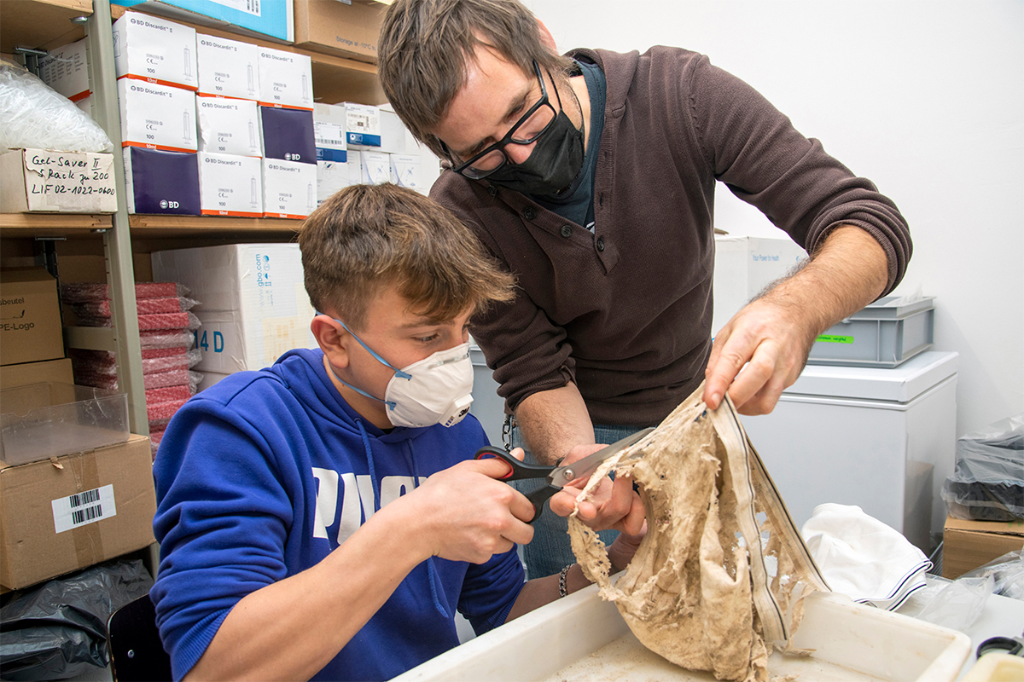 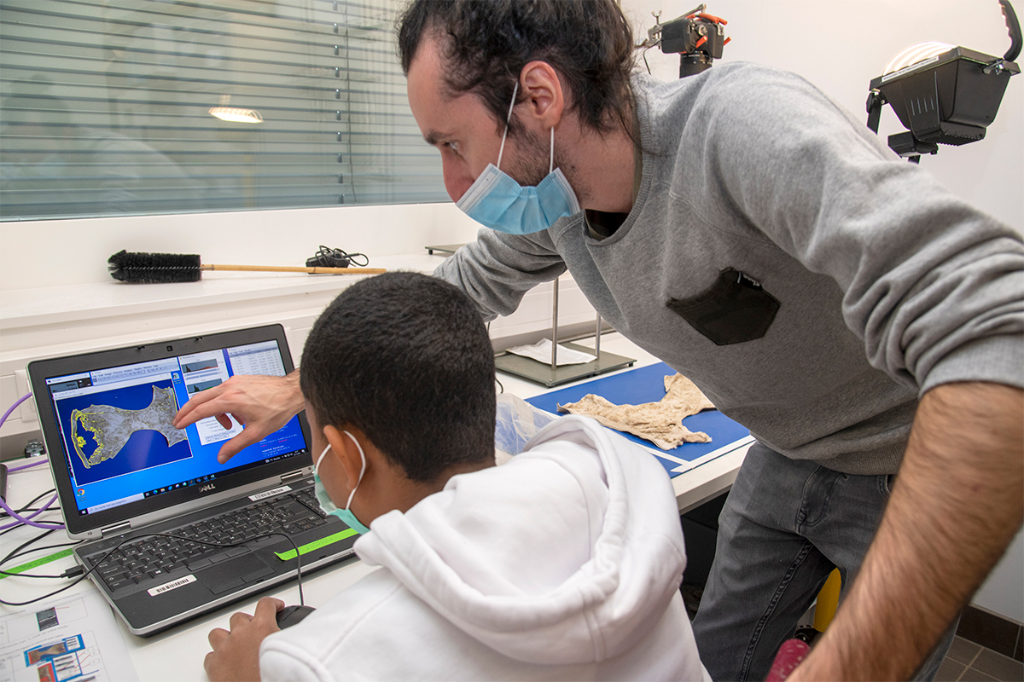 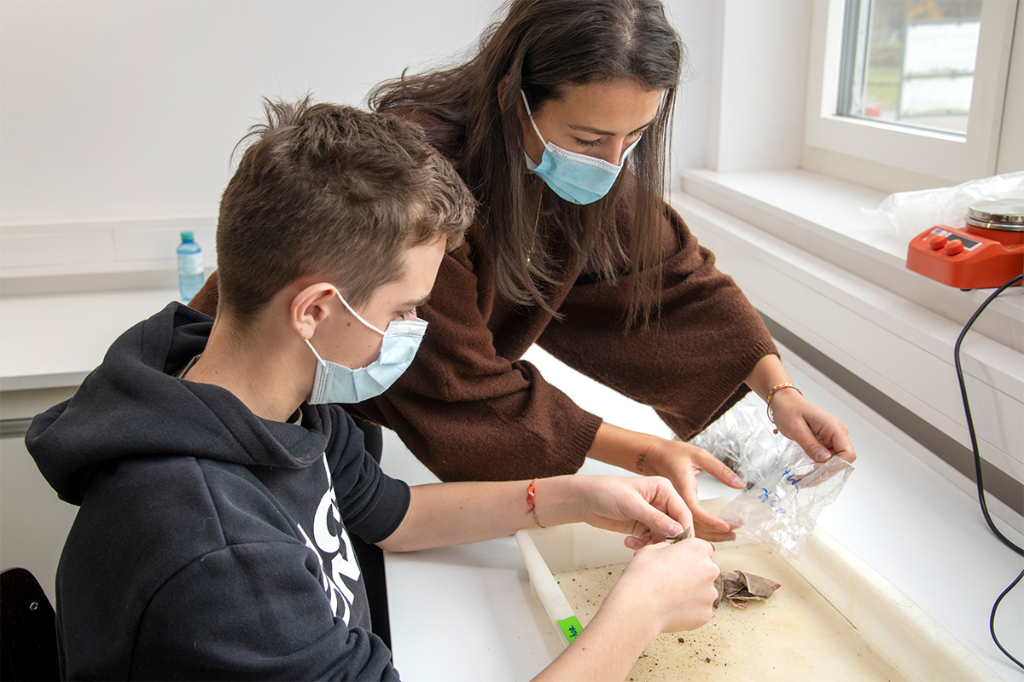 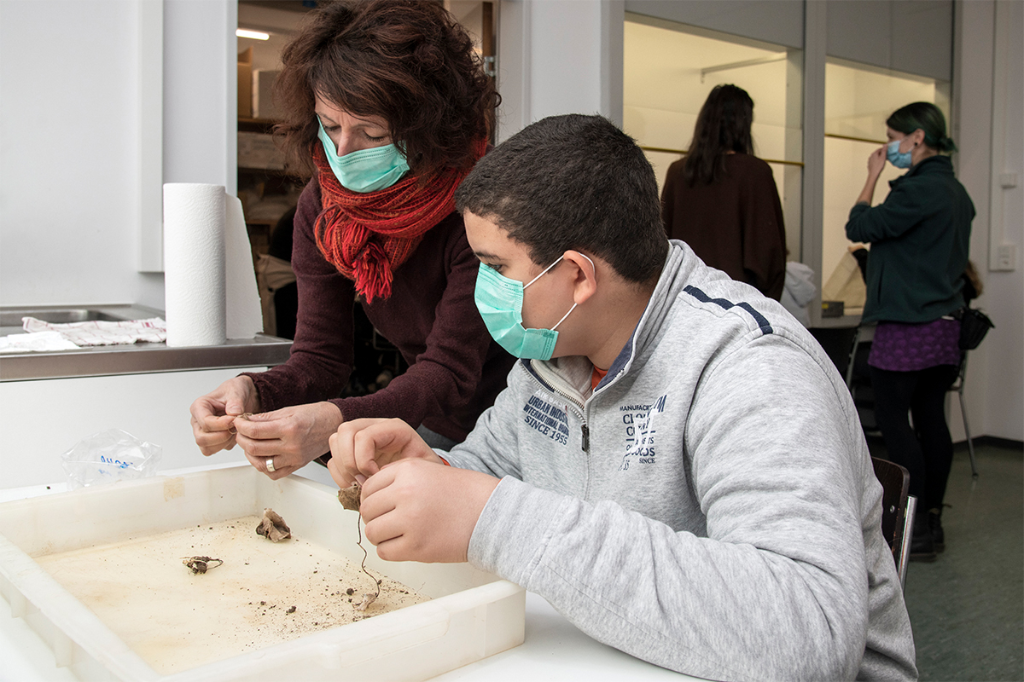